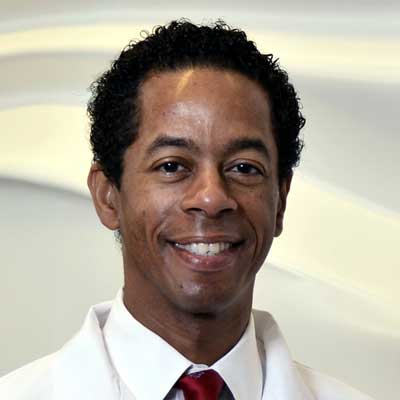 Are you an athlete who participates in contact sports? If so, you may be at risk of sustaining a PCL injury. Posterior Cruciate Ligament injuries are not as common as ACL injuries, but when they occur, patients can experience severe knee instability and loss of proper function. PCL surgeon, Riley J. Williams provides diagnosis as well as surgical and nonsurgical treatment options for patients in Manhattan, Brooklyn, New York City and surrounding areas who have sustained a PCL tear. Contact Dr. Williams’ team today!

What is the Posterior Cruciate Ligament (PCL)?

The Posterior Cruciate Ligament (PCL) is one of the ligaments found on the back of the knee that connects the bones of the knee. This tough band of tissue attaches the femur (thigh bone) and tibia (shin bone) at the knee joint. The PCL is a major knee stabilizer that prevents extreme rotation, and maintains normal lower extremity alignment. Without the PCL, the tibia would move too far backward relative to the femur. The term Posterior Cruciate Ligament may sound familiar: this is because the PCL is similar to the Anterior Cruciate Ligament (ACL), which also prevents the tibia from moving out of place. However, the ACL which prevents excessive anterior movement of the tibia relative to the femur, is injured more often than the PCL. What is PCL Reconstruction?

Although minor PCL injuries may be able to heal on their own, more severe injures often require surgery to repair the damage. PCL injuries are ranked according to their severity:

Grade 1 PCL injuries are often able to heal on their own with rehabilitation. Grade 2 injuries may need repair if the associated knee instability is functionally a problem.  Most grade 3 injuries require surgery.

PCL reconstruction surgery replaces the injured posterior cruciate ligament. This surgery utilizes a ligament or tendon from the patient (autograft) or donor (allograft) to replace the damaged PCL. Dr. Williams performs arthroscopic PCL reconstruction using a small camera used to view the joint, and small incisions to access the knee. He will remove any remaining ligament that is still attached to the bones, then he will position and insert the new PCL graft tissue. A combination of bony tunnels, sutures, and screws will be used to ensure that the new PCL graft is taut and secure in its position. The graft is placed in the position of the original PCL. It is extremely important to seek out an orthopedic surgeon, like Dr. Williams who has extensive success in PCL reconstruction and can place the new ligament in a precise manner. The placement of the PCL in the original anatomical position will ensure the best chance of surgical and functional success for affected patients.

What is PCL Repair? How is it performed?

PCL repair is another arthroscopic approach to surgically treating a PCL injury. In this surgery, Dr. Williams uses sutures and other tools to repair the existing ligament, rather than using a tissue graft to replace the PCL. PCL repair is performed in circumstances where the PCL is torn off one of the femur or tibia bones but remains attached to the other bone. The repair is done by reattaching the injured end of the ligament to the natural bony insertion. The PCL must be largely intact for this approach to work. Historically, PCL repair surgery was very popular, but PCL reconstruction has become the more popular gold-standard because it provides a more successful long-term result.

What are the risks of PCL surgery?

As with any surgery, there are a few risks associated with PCL reconstruction surgery. Such is are very rare.  These may include any of the following:

Strict adherence to post-operative guidelines and instructions will substantially decrease the likelihood of any of the above issues.

Most of Dr. Williams patients return to their full normal activities following surgery.

How long does it take to recover from PCL Reconstruction surgery?

Recovery time from PCL reconstruction surgery depends on the patient’s age, health, preexisting medical conditions, and how well they follow the post-surgery protocol. Dr. Williams places his patients in a bendable hinged knee brace for 4-6 weeks after surgery. Patients will also be prescribed pain medication which helps to alleviate pain; these medications should be taken according to the instructions given by Dr. Williams. Patients use crutches knee for approximately 1-2 weeks after surgery. After the first week, patients can begin to progress to full weigh bearing on the operative knee.

Dr. Williams advises patients to flex and bend their knee immediately after surgery and throughout the recovery process to increase their range of motion and help promote flexibility. Physical therapy starts one week after surgery. Rehabilitation and home exercise will continue throughout the recovery process. Most patients are able to return to the gym within 4 weeks of the procedure to resume some strengthening activities. It takes 6 months for the repaired or reconstructed PCL to achieve full maturity and strength.  Dr. Williams generally advises that patients should not participate in sports or other high-demand activities for 6 months following PCL Reconstruction surgery to allow complete graft healing. A successful return to sport is common following PCL surgery.